Purnia is one of the oldest cities of Bihar. With its total area of 3,202 square kms, Purnia maintains its richness in the country by owning its rich, loamy soil of alluvial formation that make it best for the production of various types of agricultural produces. Several rivers pass through this region. It also offers best platform for irrigation and water facilities. Rivers Kosi, Mahananda, Suwara Kali and Koli are the main rivers of the region. 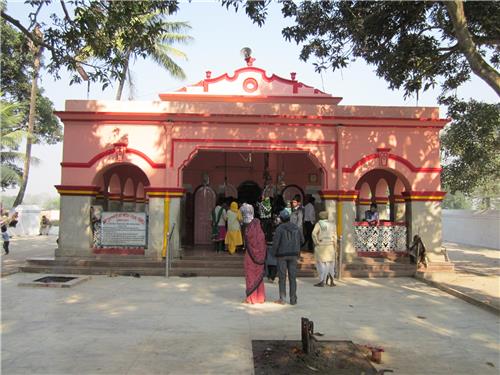 City Kali Mandir and Shiv Mandir, Purnia
Some of the notable places in Purnia like its oldest temple of Mata Puran Devi, the shrines of Darghah of Hazrat Mustafa Jamalul Haque Bandagi, Chimni Bazar, Dargah and Khanquah Alia Mustafia, histocial Deorhi ruins of Garbanili, Kala Bhawan and the Raja Kalanand Singh’s ancient Darbar (Palace) are worth visiting places. Purnia has its own Railway Station that links this region with national capital Delhi and the rest cities of country. Roadways especially national highways connect Purnia with famous international tourist destinations by road like Biratnagar in neighboring country Nepal; Queen of Hills Darjeeling and other hill stations nearby. Cities of Kishanganj, Araria and Katihar are easily accessible from Purnia city.

It is better to avoid monsoon period when this area witnesses ample rainfall. Sometimes unstoppable rainfall continues for several days or weeks. Winters are not too much freezing and equally is its summertime moderate enough to manage. Such weather conditions don’t touch the harshness or extremities hence visitors find it suitable to visit Purnia throughout the year except during the rainy season.


Famous Tourist Destinations In & Around Purnia 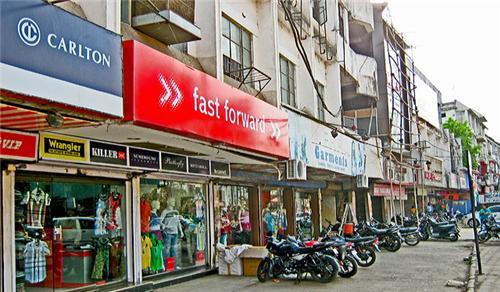 Line Bazaar: Known for inhabiting maximum number of shopping outlets, Line bazzar is a most sought after destination for local shopping in the area. Further it is also home of numerous practicing physicians and doctors. It is here that city’s biggest multi-specialty hospital Sadar Hospital is located. Besides this this area is also known for housing approximately 450 private doctors practicing in the multiple medical disciplines.

Ganga-Darjeeling Road: The famous Ganga-Darjeeling Road existing since the British era opens up leaflets of history even today. Tourists exploring it in and around the city of Purnia would literally explore entire city once they start from the Gulab Bagh area to Line Bazaar and then Tatma Toli area besides passing through the Flour Mill-Polytechnic Chowk. This small journey by the road becomes crucial as visitors literally explore major part of the city today until reaching the outer circle at Khazanchi Haat Thana or the Naka area.

Kaath Pool: The famous wooden bridge or Kaath Pool on the Purnia – Khuskibagh Natinal Highway – 31 is worth visiting place. It exists since the road was built centuries ago and still remains functional. It has now become a major tourist destination for the Purnia visitors.

Maa Kali Mandir, Madhubani: One of the most popular temples in this region, Maa Kali Mandir is known for attracting devotees throughout the year. Deepawali is one such occasion when this temple witnesses ample rush. Other festivals are equally celebrated with ample fun fare. Besides this temple, other notable temples nearby it are Mata Mandir in Adampur area and Kamakya Mandir is worth visiting places.

Kamakhya Mandir: This is one of the most popular temples and is similar to the Kamakhya mandir in Guwahati though the one in Purnia is considered to be older. Devotees throng the temple from all parts of the state and is an important temple here. The temple is situated at the border of three villages namely - Rahua, Majra Bhabanipur and Kalayanpur.

Puran Devi Temple: Located about 3km from the city centre, this temple is the one from where the city gets its name. The city of Purnia is named after the Puran Devi mata who is a reincarnation of Godess Parvati. This is one of the oldest temples in the district and also the most popular one.

Dharara: Dharara is a small village in the Purnia district and is located 19miles to the south of Raniganj. It is locally popular as the place where the mythological Hiranya Kans attempted to kill his son Prahlada to punish him for his devotion to Lord Vishnu. The village also consists of a monolith called maniktdham which is made of red granite of such fine texture that it looks similar to sandstone. The pillar is now inclined at an angle of 65 degrees due to the influence of the elements.

Forbesganj: It has identity of being one of the highly commercialized cities. Bhatta Bazaar area famous for commercial activities. The famous pond of Sultanpokhar is known and popular amongst the visitors. J.P. International gateIt is one of the most important places in the district and draws crowds from far and wide. The town is of strategic importance since it lies about 12km from Biratnagar, the second biggest city in Nepal. The J.P. International gate between India and Nepal also lies in this city.

Jalagarh: Jalalgarh is located about 21km from Purnia and is popular for the ruined fort which is situated there. The fort was originally located in a former island on one of the channels of river Kosi and is very well preserved. The fort was built by the Mughal rulers to protect against invasion from Nepal.

Kursela: Also known as Kuru-shila, this place is known as the land of Kurus or where the Kuru dynasty of Mahanharat originated from. About 4km from here is the well known Bateshwar hills which is known as the site of the Vikramshila university.

Thakurganj: This place is named after Bhima of Mahabharat and is an important place of interest from ancient history. It is said that Bhima who worked as a Thakur or cook in the palace of Raja Birat during the 14th year of exile lived here. The popular belief is that the Biratnagar of Mahabharat was located here in Purnia division as against the one located in Nepal. Nevetheless this place gains a lot of importance due to the mythological interest in the people even today.

Puran-Devi and Kali Bari Temple: These temples are dedicated to Goddess Kali and remain historically important in this area. It is said that the name of the city Purnia was derived from the Puran Devi Temple where Goddess Puran Devi is worshipped. Likewise, famous Banmankhi based Dhimeshwarnath Temple is an important religious location in this region.

Historic Baghnagar Village: Until recently the small village in Purnia namely Baghnagar was not known to anybody. The sooner Archeological Survey of India (ASI) team found out some old coins here below an earthen cave it attained its historic importance. Purnia visitors ensure to visit here during their trips.

Bandarjhula: Located nearby Nepal border at approximately 39 km in neighboring district headquarters city of Kishanganj, the Bandarjhula village was one of the many usual villages until an excavation by Archeological Department found Vishnu deity’s black marble idol that is said to be an ‘Image of Kanhaiya’ as locals believed and is considered to belong from centuries ago.

BarharKothi: History explorers can make a visit to the modern day Block headquarters of the BarharKothi Block which had once served as an important power center of the British rulers in this region. One can see famous Kothi in which an Englishman used to stay. Visitors make a point to visit the nearby Lord Shiva’s Baba Barneshwar temple upon their visits here.

Kamalpur: One of the famous villages in BarharaKothi Block of Purnia district is shaped like a lotus flower which is usually denoted with its local name Kokaful. It has developed into a tourist attraction in the recent past.

Barijangarh: It is the ruined fort in Purnia’s Kishanganj Sub Division. The local myth is that it had been built by the then Raja of Benugarh for his brother Barijan so was it named Barijangarh.

Chakla Area: As part of the Kishanganj Sub Division of Purnia, famous Chakla area is known for manufacturing quality wheels of bullock carts by expert carpenters of this area. It seeks the attention of people from all nooks and corners of the region.

Kisanganj City: District headquarters of neighboring Kishanganj district, the city of Kishanganj is located at reasonable distance from Purnia. It is best place for shopping and so can explorers come to its tea gardens to explore this region to the best.

Kichaka Badh: Kichaka Badh is one of the ancient places nearby Thakurganj close to Purnia for explorers.

Kursela: A distorted form of Kuru-Shila, modern day Kursela is one of the hilly regions in Purnia which is said to have belonged to ancient King Kuru. Famous Bateshwar Hills are located at reasonable distance from here.

Thakurganj: Famous border city Thakurganj is located at a place where it was believed that the great hero of Mahabharata, Bhim had arrived and was working as a cook (Thakur) in the then local king Raja Birat’s palace. Pandava had stayed at this place during their one year incognito exile. The tanks Bhatdhala and Sagdhala are the ones that they used, the local historians explain. It is also believed that the Mahabharata Biratnagar was located at this place only instead of the present day Nepal’s Biratnagar which exists nearby. This place has already developed into a commercial place where trade and business activities are in full swing. Tourists keep flocking here to explore its history and culture.


How to Reach Purnia ?

Purnia is well connected to the districts of Katihar, Araria and Kishanganj besides Biratnagar of neighboring country Nepal through roadways and railways. Several national highways link this city with nearby regions including state capital city of Patna. Purnia has its airport as well which became operational a few years ago. The airport runs few unscheduled chartered and private flights. Nearest airports are in Bagdogra in West Bengal and Patna in state capital, Patna. Largest nearby railway junction in Katihar and road connectivity makes this place best connected to all parts of country.


Where to Stay in Purnia ? 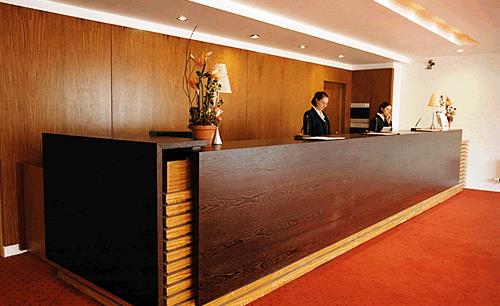 Hotels in Purnia
Purnia welcomes all types of travellers from tourists willing to explore the region to those wanting an exploration of beautiful destinations in nearby areas. Being the headquarters of Purnia Division, this city is famous amongst the administrators and traders as well. Analyzing such variegated accommodation needs of the visitors of all categories, Purnia has developed many hotels in different categories. Some of the budget hotels in Purnia which still offer best service and luxury are as follows.


Where to Shop in Purnia ?

Being one of the oldest cities of this region and a fast developing city, Purnia welcomes you with ample options to explore this area for your unique shopping varieties. You can also buy variety of gifts, cloths or whatever you like from big shopping areas in Bhatta Bazaar area and or in the rest parts of city. Spend some time in the bazaars here and buy local stuffs for gifting your near and dear ones. The district headquarters offer you best shopping options that you were looking for. Buy quality items and enjoy your time during Purnia stay.